The Man in the High Castle takes place in San Francisco in 1962 – with one major difference from the history books – WWII concluded in 1947, and the Axis won. The world is divided between two principle powers – the German Reich, which extends over Europe, Africa, and parts of Asia and the Americas – with Japan controlling the rest. The only notable exception is in the former United States, where the semi-autonomous region known as the Rocky Mountain States – resides as a sort of neutral zone between the two powers. It is here that the otherwise banned book ‘The Grasshopper Lies Heavy’ is available, and its author – the man in the high castle – lives in a fortified hilltop retreat. 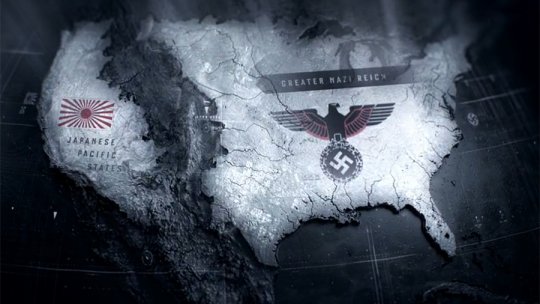 Most of the book revolves around concepts of race, ambitions and failures of empire, local and provincial power distribution, and conspiracy and espionage interweaving the daily lives and routines of the characters. San Francisco, for example, is portrayed as an outpost of the Japanese empire, with regional control ostensibly devolved to the white ‘pinocs’ in Sacramento, but all economic and military power concentrated in the hands of Japanese officials. Remnants of the old American culture exist, but remain largely relegated to artifacts sold as authentic collectors items such as civil war Colt .44 revolvers. Racial theory is openly accepted, as the Americans resign themselves to working as assistants to Japanese managers, or the Chinese on Market Street serving as pedicab drivers. Elements of eastern philosophy seem to have taken hold – an ancient “Oracle” of Japanese and Chinese mysticism serves as the main religion, overcoming whatever became of the predominant Christian traditions of America, providing coded messages to people in their homes to questions they ask using a complicated hexagram device. The refinement and indirectness of the Japanese seems to contrast most clearly with the less subtle Americans, and open expressions of superiority and reassignment to defeat are expressed, respectively, by the two populations.

There exists an uneasy tension between the ostensibly at peace primary powers, as the official news reports from the Japan Times about happenings in Germany gives a superficial impression of positive relations, while the two governments in actuality eye each other with supreme suspicion. Spies of both nations permeate each others borders, posing as ordinary trade delegates or bureaucrats. Japan seems to have obtained an economic advantage in the ways of a more stable, middle-tech manufacturing policy and more pragmatic administration of the provincial territories, while Germany excels in high-technology such as rocketry, yet neglects its economic base as it distracts itself with imperial projects probably no better described as ethnic cleansing in its provinces. 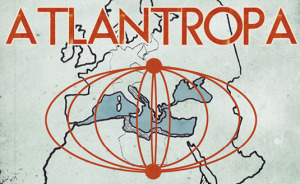 Allusions are made to vast swathes of African populations being reduced to no more than “chemical heaps.” Jews fare little better, as they are officially excluded from the Reich, and there are standing orders for their arrest in all territories controlled by the Japanese – should the Japanese decide to extradite, which doesn’t always go to the top of their priority lists. As stated – the Japanese maintain a more measured form of imperialism. The Germans managed to build some nice autobahns in the eastern United States, however, and carried out their Atlantropa project of draining the Mediterranean and replacing it with farmland.

The book reaches a crescendo when the news of the death of the German fuerher Bormann reaches San Francisco, and the world scrambles to prepare for the ensuing power struggle in Berlin that could decide the fate of much of the planet. Japanese intelligence services prepare dossiers on all the key candidates and war game out the possible implications, ranging from Hermann Göring, a man more resembling the “self-gratifying ancient Roman Caesars” who craves personal power, to Herr R. Heydrich, an enigmatic military man in charge of the Wehrmacht and lacking in any fervent ideological bent in favor of a more technocratic and games-manlike approach to power. Ultimately the decision goes to Josef Goebbels, “said to have rabid streak unmatched by other Nazi’s.” It is later learned that Goebbels supports a secret plan code named “Operation Dandelion” that seeks to launch an enormous pre-emptive nuclear attack on the Japanese home islands. It is also learned that the opening moves of the attack are to begin with an “incident” in the Rocky Mountain States, causing Germany to send in troops and providing cover for a general mobilization. Amidst the confusion, the nuclear attack would commence.